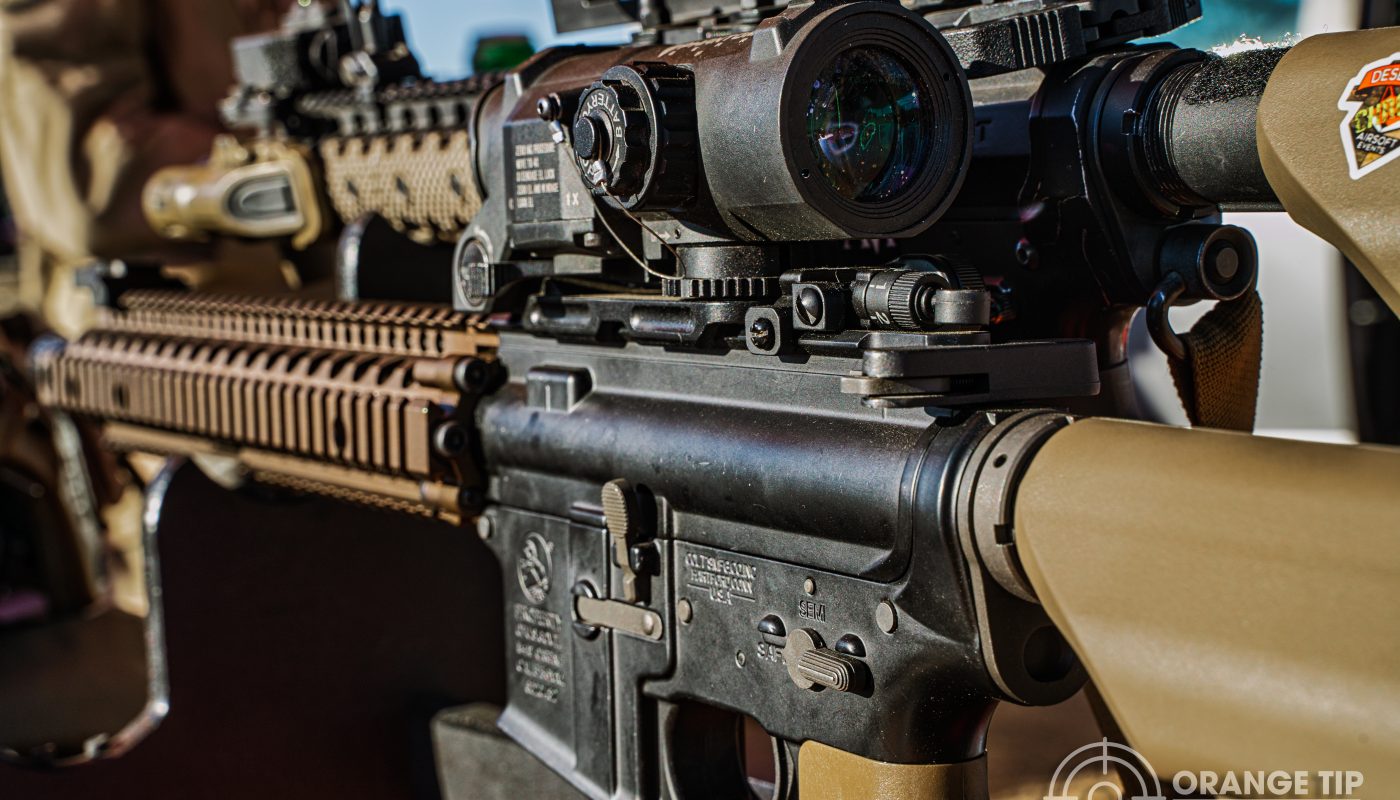 At some point in their airsoft career, every player dreams of becoming a sniper.

It’s not hard to see why–this badass position relies on elite skill and can turn the tide of a game with just a few well-placed shots, before sneaking away, sight unseen.

It’s like being the specter of Death itself, with a less-strict dress code.

So, if you’ve been wishing you could become an airsoft sniper, but aren’t sure where to get started, we’re here for you.

How to Be An Airsoft Sniper

Becoming an airsoft sniper is more than just buying a bolt-action rifle and slapping a scope on it–though that’s a good start.

Snipers also must know about concealing themselves on the fly, moving without detection, choosing their targets strategically, communicating with teammates, and much, much more. If you want to become a sniper, you’ll need to master all these skills and learn how to work alone, as well as part of your team.

Let’s take a closer look at what snipers do in the field.

The Role of a Sniper

The role of snipers is a mythic one–full of mystery and intrigue. Movies and TV shows feature badass, lone wolf snipers, taking headshots from over a mile away. It looks cool, right?

Well, before you get your heart set on changing the shape of the battle from a distance, let’s talk a little more about what snipers do–which means what your team will expect you to do. After all, you are playing as a part of a team, even if you spend much of the game working on your own.

Snipers, of course, are used for taking out strategic targets on the opposing team. High-ranking officers, radio operators, equipment, and vehicles are all common sniper targets, since taking out these targets can cripple the other team. Often, snipers work their way behind enemy lines to take their shot, and then are responsible for evacuating themselves back to safety.

Because of their position close to the enemy, snipers often are instrumental in communicating enemy positions and movements to their team to help them plan their attacks, as well as securing and protecting areas of the field.

It’s also possible that you’ll be tasked with reconnaissance missions, which means you’ll scout the enemy areas, report what you observe, and leave the area quietly, without being seen. This means you might not be doing any actual shooting.

For this reason, snipers commonly have the lowest kill-count in a game, but that doesn’t mean that there aren’t plenty of rewards to playing as a sniper.

The Equipment of a Sniper

In order to be a sniper, you’ll need a few things–like a sniper rifle with a scope. You’ll also want a sidearm to protect yourself at short distances and some gear that makes it easier to conceal yourself, such as a ghillie suit.

(Want to know more about ghillie suits? We break it all down in Ghillie Suits 101.)

Anything else is just icing on top of the cake.

While you can get into sniping with a cheap bolt-action springer rifle, don’t expect to excel with that platform. As you become a better and better marksman (or markswoman… marksperson?), you’ll eventually reach the point where you can shoot better than your gun can, and it’s holding you back.

When this time comes, you’ll need to upgrade your rifle, so be sure to save those pennies.

There are many different types of rifles that work great for a sniper rifle, but choosing one shouldn’t come down to just picking one that looks cool.

We don’t have space to get into choosing a sniper rifle here (but keep an eye out for that article in the future!), but we will say this–rent or borrow as many different sniper rifles and scopes as you can get your paws on before you commit to one.

Tips for Being an Effective Sniper

So, you’ve gotten yourself a rifle and a ghillie suit and you’re ready to rock? Awesome. Let’s go over some tips to help you be the best sniper you can be!

We know–target practice isn’t fun. But it is the first key step in being a great sniper.

Practice handling your rifle, loading and unloading, working the action, and sighting down the scope. When all these motions feel natural to you, work on your aim with target practice. Try hitting targets at different angles, distances, and in different conditions to prepare for your role on the field.

Finally, practice moving silently and concealing yourself. The best snipers know how to move with the wind to avoid creating rustling noises, use local materials to conceal themselves, and how to avoid being detected by other players. All of this comes from lots and lots of trial and error.

When shooting over a distance, even tiny motions, like your breathing can make a big difference. Learning to control your breath can help you make those near-impossible shots.

Instead of holding your breath, which can make you shaky or rush for breath, take a deep, slow breath, like you would at the doctor’s office. Let it out part way, pause, and shoot. You can even practice this pattern anywhere, so you can make it practically a second nature.

Aim for the Center

Headshots are cool, but when it comes to sniping, you want to aim for the biggest part of your target–their torso. Try to land your hits between their hips and their shoulders for the best chance of hitting them. It’s also a little easier to call those hits, as opposed to ones that might bounce off a helmet, unnoticed.

This is honestly good advice for all shooters. Squeeze the trigger slowly and steadily, rather than jerking back on it quickly. This will help you stay on target and make it easier to place follow-up shots.

Just because you have a target in your sights, doesn’t mean that it’s time to pull the trigger. Experienced snipers know to bide their time and wait for the right moment to take a shot, rather than blasting away the second they think they have one. Besides, if you’re too busy trying to take a shot at that random insurgent, you might miss a chance to take out their leader.

Don’t Give Away Your Position

Once you’ve put in all the hard work to become invisible, don’t ruin it by letting the enemies see you checking your watch or wriggling around. Stillness is your friend, but when you have to move, move slowly as possible to help avoid drawing attention. If there is wind or weather to help disrupt things, use it to your advantage and move with it.

Avoid taking up follow up shots unless you are sure that doing so will avoid giving away your position. It’s better to let a target get away than to tell them (and their buddies) right where to find you.

So there you have it–the essentials of being a sniper. There’s a lot more to learn, but you should be able to get started and develop your own style of playing this role, no problem!

Have any questions? Tips of your own to share? Drop them in the comments below for us! While you’re at it, get back to basics with Must-Have Airsoft Safety Gear. 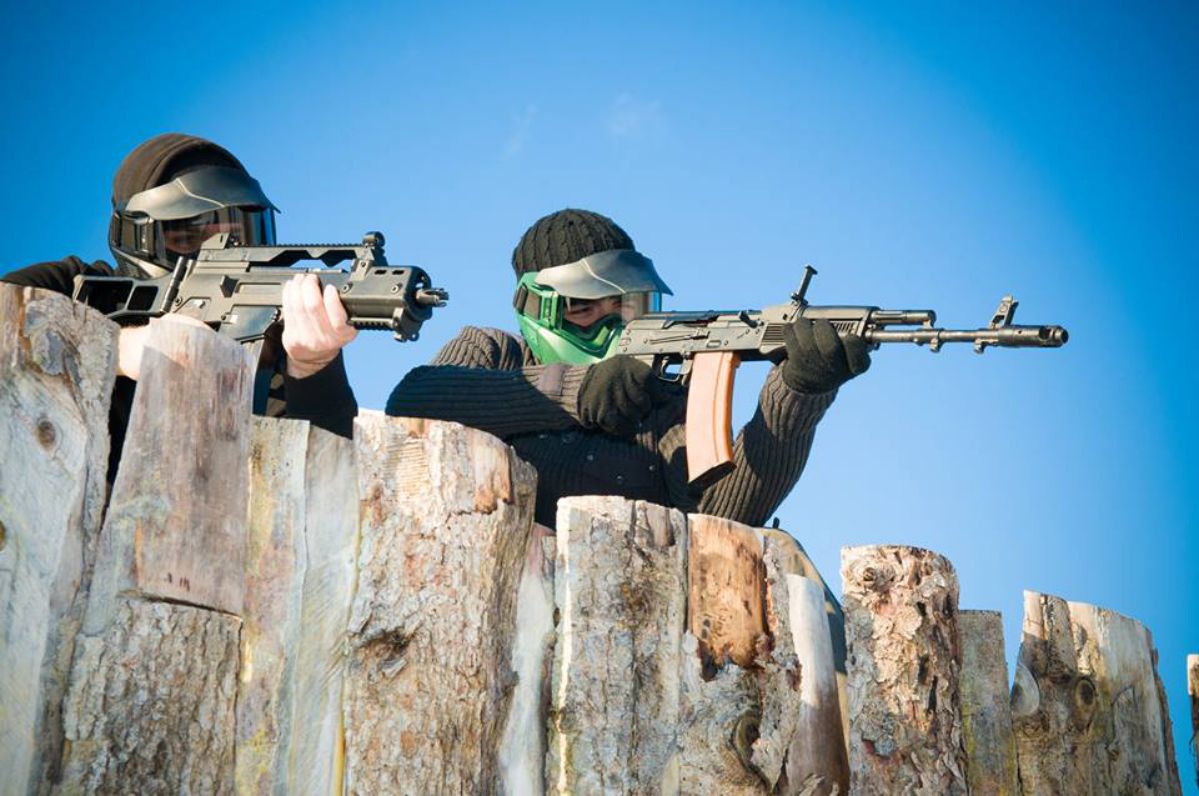 10 Tips to Stay Safe in Airsoft

Where Can I Play Airsoft?