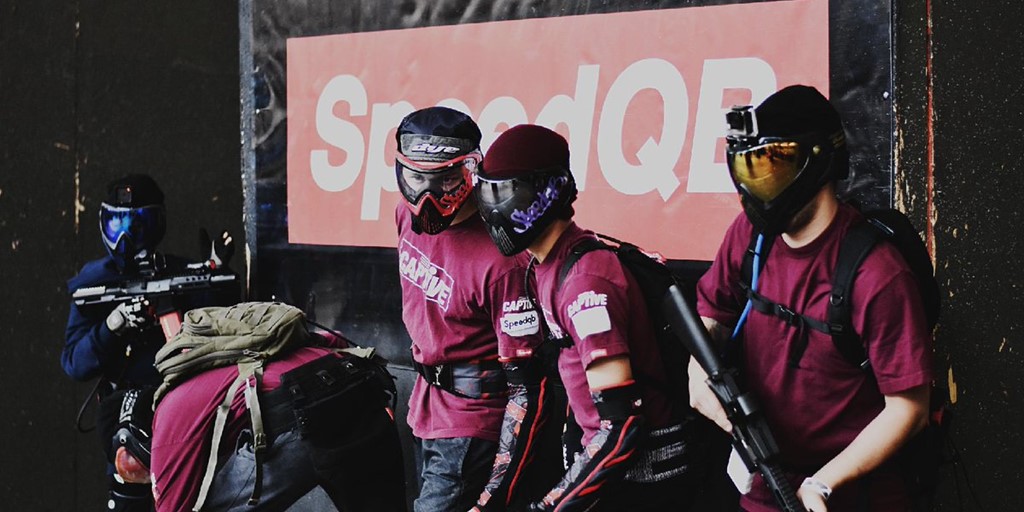 We talk a whole heck of a lot about milsim around here, but that isn’t because it’s the only way to play airsoft! If playing GI Joe isn’t your idea of a good time, but you’re looking for something a little more organized than a pick-up game in the backyard or a little faster than your average skirmish, well–my friends, let me introduce you to a little something called Speedsoft.

What is Speedsoft, you might ask? Well, that’s what we’re here to talk about!

The Basics of Speedsoft

It’s played similar to a skirmish, with a stated goal a team is trying to achieve, but most rounds only last a few minutes. Players move and shoot quickly to eliminate the opposing team and reach their objective. There is a lot of sliding, diving, running, and vaulting involved, but pretty much no stealth, tactical maneuvers, or waiting.

There are two main forms of Speedsoft that you’ll see out in the wild:

It’s a more sporty version of an airsoft game, and requires considerable athleticism to play well. Players of Speedsoft call it “competitive,” “aggressive,” and “fast.” Tactics are developed from the play style, rather than real-world military tactics.

Speedsoft is played in a team versus team tournament style, which means that only two teams will be on the field at the same time. Other players will hang out off-field, in an area frequently called “The Pit,” until it’s time for their team to take the field.

If you’re creative, efficient, and enjoy working in a highly-coordinated team, you might enjoy Speedsoft.

Where Does Speedsoft Come From?

Speedsoft is an obvious alternative to milsim, but both have their roots in good ol’ skirmish games. What popularized Speedsoft was a group called SpeedQB, who developed the sports-league style system of play in 2016.

Rather than engaging in several-day-long marathon games, players compete on teams, which are part of a larger league, and engage in several very short rounds of play during a tournament. It is rather similar to the style of play seen in paintball, but fortunately, far less messy.

Another thing that sets Speedsoft apart from other forms of airsoft play is the loadout. Players who flock to Speedsoft want an athletic, fast-paced experience, and their gear choices reflect that. Instead of boots, ACUs, and plate carriers, Speedsofters tend to choose running shoes, athletic clothing, lightweight kit, and colorful, full-faced masks.

You don’t need to know how to camouflage or blend in–quite the opposite, actually. The gear milsim players favor tends to come in earth tones and black, but speedsofters love to express themselves with colorful, unique gear.

Honestly, it’s kinda a Fortnite/PUBG thing. Basically the same thing at the root of the issue, but two dramatically different aesthetics.

In addition to colorful, lightweight kit, speedsofters take their guns seriously. You won’t find any bolt-action springers here–just high-capa, full-auto, finely tuned gas guns (or sometimes a very modified AEG). Reloading isn’t nearly as much of a thing when rounds last 4-5 minutes and you have a magazine that holds a few hundred rounds.

What to Look for in a Speedsoft Replica

If you’re interested in getting started in Speedsoft, your airsoft gun is critical to your success. Too slow to cycle, and you’ll get plastered before you get more than a few shots off. Obviously, spring-powered replicas are off the table. AEGs can be used, but they often require heavy modification, or you will need to look for one that is designed to keep up with the fast pace of Speedsoft.

For these reasons, CO2 or green gas-powered guns are usually the replicas of choice for speed softers. Even these models tend to get modified to ensure smoother, more reliable cycling.

You also will want to make sure that your replica will accept a high-capacity, or hi-capa, magazine. What this means specifically depends on your gun. Pistols may have closer to thirty rounds in a hi-capa magazine, while some rifles will hold more than 200 rounds.

No matter what you choose, you’re going to want to carry as many BBs as practical without needing to reload. Reloading takes time and leaves you vulnerable, and when games are won and lost in a matter of seconds—you don’t want to waste them!

If you’re looking for a new way to get that adrenaline going and sling some plastic, we encourage you to check out Speedsoft! It’s great exercise, not too hard on your wallet, and doesn’t require you to commit entire weekends to sitting in the mud, eating MREs.

Do you play Speedsoft? Want to try it? Drop your tips and thoughts for us in the comments! We’d love to hear from you! Get your loadout started with one of our favorite gas airsoft pistols, too. 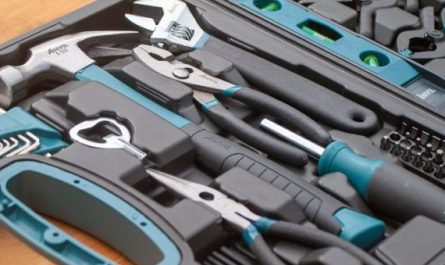 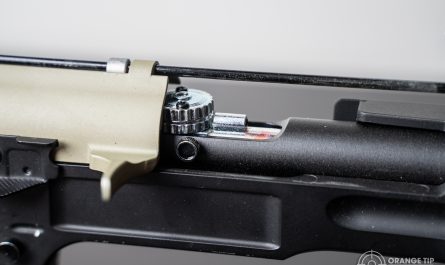 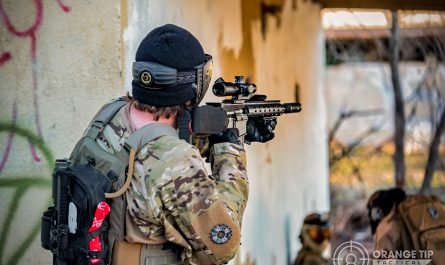 Best Airsoft Clothing: What to Wear in the Field