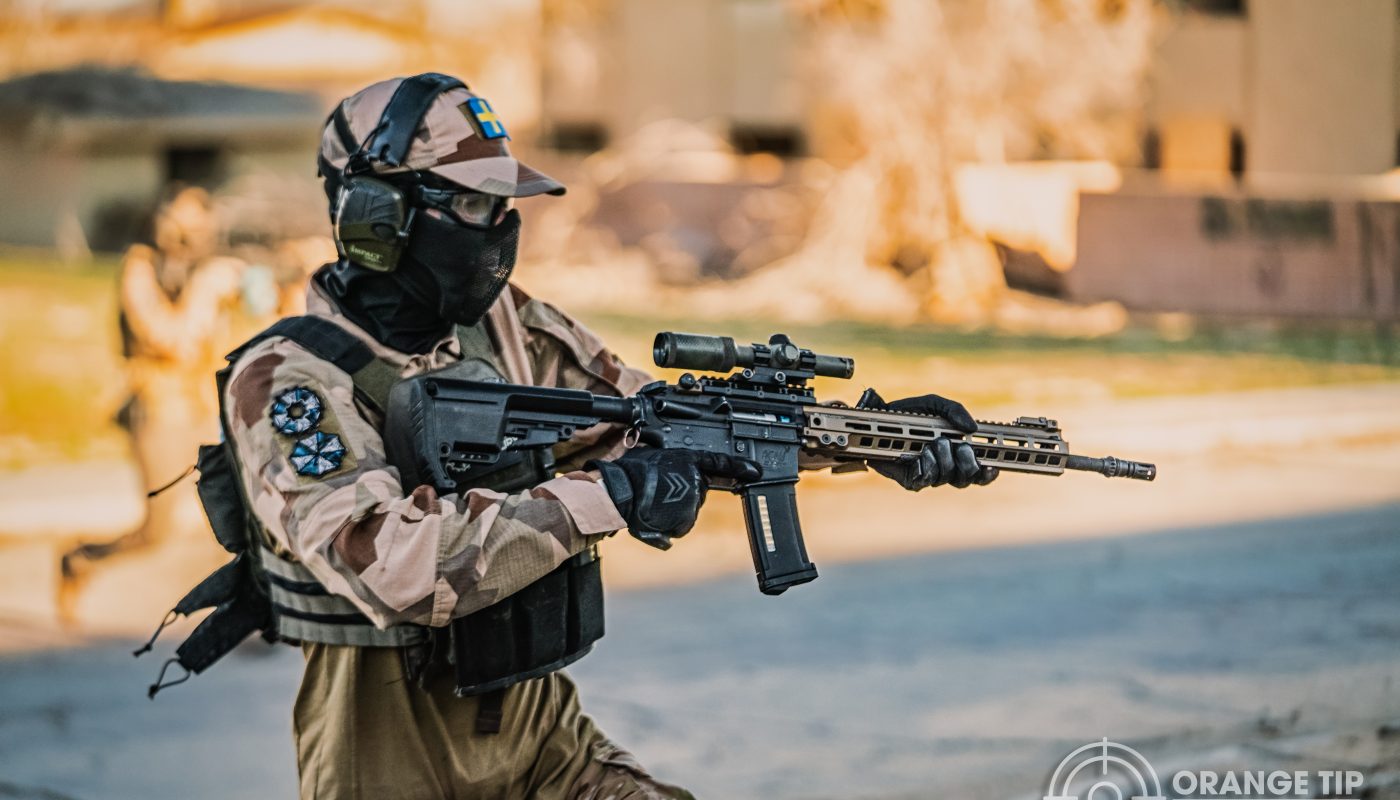 Whether you’re new to the game or not, you’ve undoubtedly run across tons of discussion online about which type of airsoft gun is the best for any given situation.

Frustratingly enough, this isn’t an answer with a particularly simple answer, as all the different types of guns definitely have their strengths and weaknesses. However, rarely do you find a decent summary of that information that gives you much more than the straight-up, mechanical facts–and that’s where we come in!

Below you’ll find an outline of all of the different types of airsoft guns in terms of what exactly makes them work, and some opinions from us on what setting each type excels in.

If you got into the wonderful, dorky world of airsoft with entry-level backyard fights, chances are your first gun was a springer. As the name implies, the gun’s propulsion system is entirely manual and relies on you cocking the action before each shot in order to fire a BB.

While spring handguns aren’t particularly useful for any type of competitive play, they’re definitely a great way to get a feel for how airsoft guns work in general. Although be advised that there typically aren’t any spring handguns that are high quality – so you shouldn’t expect the gun to last forever.

However, on the flip side, you’ll find that many airsoft snipers enjoy using spring-operated, bolt action sniper rifles in both competitive and milsim style gameplay. These guns can range from entry-level, lower-quality rifles to performance-driven, upgraded guns that easily run over the $1k mark.

Although many newer players fall into the trap of grabbing an entry-level spring sniper rifle under the assumption they’ll be competitive in casual play, we strongly recommend against the idea. Spring sniper rifles are very firmly for the intermediate to advanced player, as they’ll take a lot of upgrade work to surpass the performance of most electric rifles.

That being said, when spring sniper rifles are upgraded and being used in the hands of a skilled BB marksman, they can be incredibly effective! Spring systems generally offer next to no variance from shot to shot, unlike gas sniper rifles or electric DMRs. This consistency can be key when long-range shot placement without giving up your position matters most.

Summary: While the platform itself is generally written off as entry-level garbage for its association with spring handguns, there are definitely situations in which a highly upgraded spring sniper rifle, used by a skilled player, can be incredibly effective!

The AEG, or automatic electric gun, is by far the most common type of airsoft gun for actual gameplay. Pioneered by the legendary Tokyo Marui in the late 80s and early 90s, the AEG typically uses a battery to power a motor, which in turn spins a set of gears that drawback a piston under spring tension until it slams forward, compressing air within the cylinder and firing it forwards to propel the BB down the gun’s barrel.

AEGs are all typically going to utilize a hop up system to put a backspin on the BB as its fired, stabilizing it in flight and allowing for a more flat trajectory considering you’re firing a sphere out of a smoothbore barrel.

Battery technology has come a long way since the 90s, and while early AEGs relied primarily on 8.4v NiMH or NiCd batteries for power, the vast majority of electric guns nowadays are able to withstand the higher power found in lithium polymer batteries. (Though they can wear down the internals of your AEG faster).

AEGs run the gamut in price, quality, and gun style. If a gun exists in real life, chances are there’s an AEG replica of it!

Entry-level electric guns are going to be the most common way newer players get their feet wet with actual force-on-force airsoft gameplay, and you can check out our guide to beginner guns here. However, more expensive AEGs featuring more robust internals, full steel externals, and many more bells and whistles are certainly an option if you have no problem diving straight into the deep end!

If realism is your thing, there are also AEG variants that provided simulated recoil by also using the gun’s battery to reciprocate a weighted bolt. These guns are popular with both folks that want to use airsoft as a real-world training tool, or milsim dorks that want the highest level of realism in their fake war gameplay 😉

As expected, nearly every part within an AEG can be tweaked or upgraded to alter performance. While this is a bit outside of the scope of this guide, you can check our guide to upgrades for more information!

Summary: The staple of force-on-force gameplay the world over, you can’t go wrong with an AEG! While you probably won’t be able to compare to the performance of tuned HPA guns straight out of the box, AEGs are our go-to recommendation for both beginner and intermediate players who either want to get out and play or are looking to upgrade from an entry-level electric gun into something more robust.

Many folks that are newer to the sport often believe that gas guns are the highest performing types of airsoft guns out there – and while they certainly can be, that’s not necessarily true by default. Gas guns can refer to any of the following:

Non-blowback (NBB): The gun uses green gas or CO2 solely to fire the BB without the slide reciprocating. Typically, this results in a much higher FPS as no gas is wasted for mechanical operation. Most commonly found in handguns.

Gas blowback (GBB): The most common type of gas gun in airsoft, a GBB is going to utilize either green gas or CO2 to both fire the BB and also cycle a bolt or slide to chamber the next round. Gas blowback handguns are incredibly common and effective sidearms, while gas blowback rifles cater to a niche crowd that is generally willing to sacrifice a bit of performance and magazine capacity for strong felt recoil and realism.

Gas sniper rifles: Although not incredibly common, gas bolt action rifles will typically use green gas to fire the projectile, but require manual operation of the bolt to reset the hammer before being ready to fire again. Generally very high FPS, but susceptible to fluctuation in gas power from both weather and gas remaining in the magazine.

Gas guns can be a fantastic choice if you’re thinking about picking up a sidearm for your particular kit, and we’ve got a few of our favorites here. Although both CO2 and green gas are fairly widespread in terms of popularity, keep in mind that when reloading, you’ll need to replenish both gas and BBs before you’re ready to fire again.

Carrying multiple magazines that are ready to go becomes much more important with gas guns, as fumbling with a gas can or CO2 canister while being shot at mid-game is sub-optimal!

Summary: In general, gas guns are great for entry and intermediate players that want a bit more tactile sensation than an electric rifle, or folks that want to train on a system that closely resembles their actual firearm. However, be advised that gas guns do require a bit more maintenance and lubrication than electric rifles in order to keep running correctly, and are subject to performance fluctuations based on weather!

HPA: The Undisputed King of Speedsoft

HPA setups function very similarly to paintball guns. As a general rule of thumb, you’ve got an external hose that leads out of your gun and is attached to an external compressed air tank stored somewhere on your body.

The gun uses an HPA engine to project the compressed air forwards, firing the BB. Via the use of pressure regulators, you’ll need to adjust the PSI of the tank down to something that your HPA engine can actually accept, as most air tanks are going to put out much more pressure than the gun can handle on its own.

Notably, most AEGs can be converted into an HPA system by swapping the electric internals out for an HPA engine. Depending on your situation, it might make sense to be able to swap between the two, or it might not.

While there are many different types of fusion engines, most are going to be adjustable to gear the gun’s performance for what you need game to game, including both adjustments for ROF and FPS. Obviously, this has the potential for misuse, and many fields that allow HPA guns also require the use of a tournament lock to ensure that the gun cannot be adjusted above legal limits mid-game.

That being said, HPA engines allow an unreal level of performance — delivering an absurd volume of fire that most AEGs can’t match, or incredible trigger response on semi-automatic.

Summary: If you don’t mind the hassle of an external hose and tank setup, and aren’t too concerned about realism versus the performance of your gun, HPA setups can’t be beaten! They’re perfect for speedsoft, and can also make great support weapons in certain situations as well.

While you may already be making your wishlist of dream guns, you also may have no clue where to get started. If the latter is the case, then stick around!

We’re running down some of the best and most popular guns in the industry for every budget. 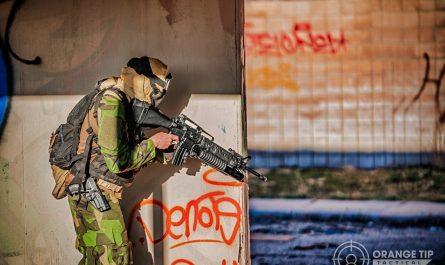 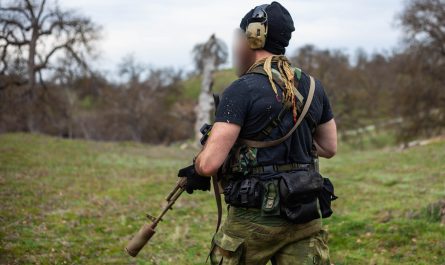 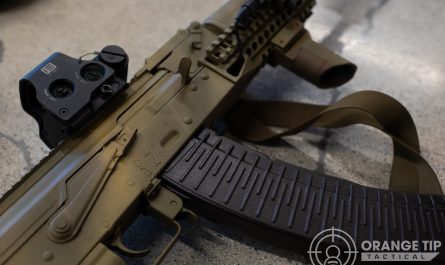 How to Paint Your Airsoft Gun

One thought on “Different Types of Airsoft Guns: How They Go Pew!”