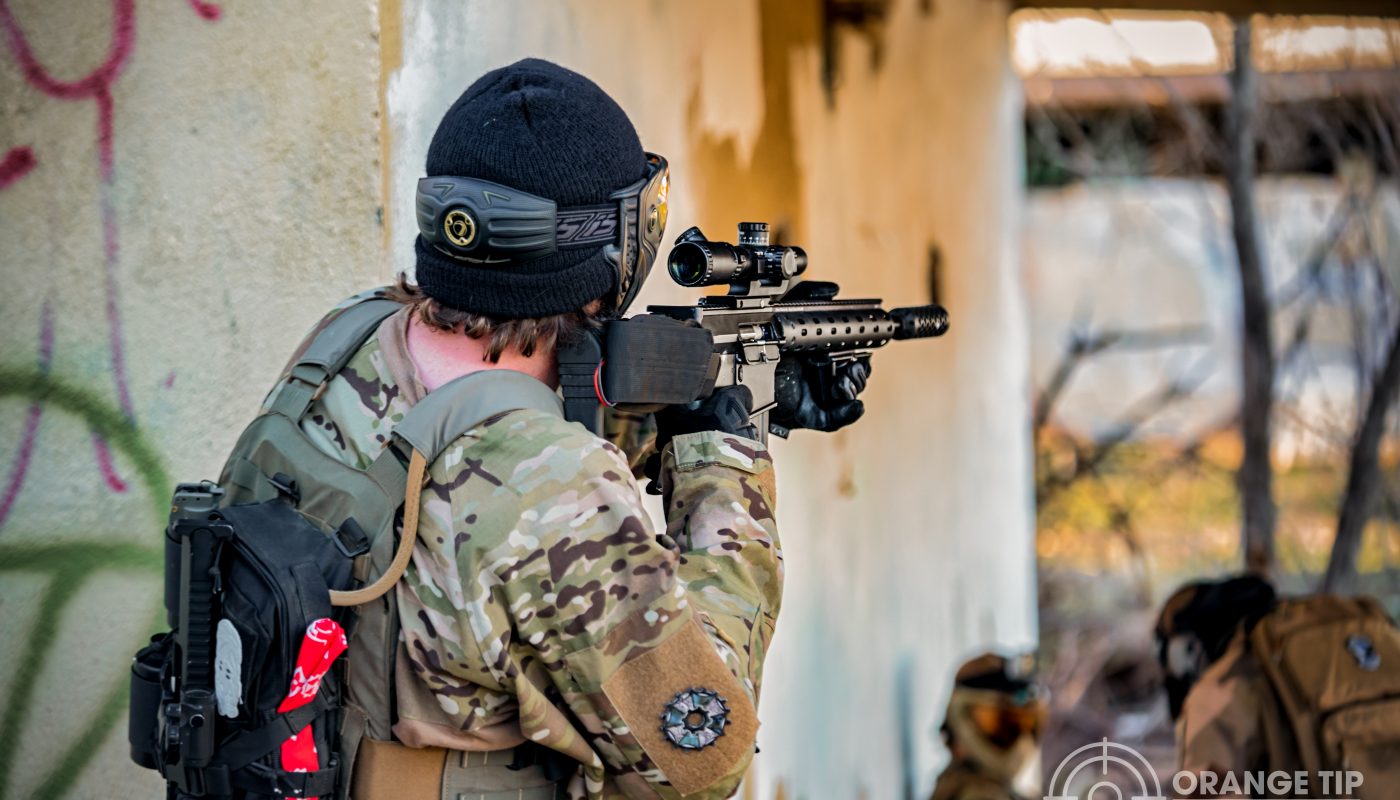 Perhaps one of the coolest parts of airsoft from a nerd’s standpoint is just how many real firearms have been recreated in BB form.

For those of us that grew up with first-person shooters, airsoft feels a lot like a natural extension of the customization and specialization those games provided — no matter how obscure or niche your specific tastes might be.

And the best part? Most games will provide some kind of incentive for you to specialize your role!

While there are no commonly agreed-upon rules for which guns are allowed to do what, we’ve put together a list of the most common roles found in Milsim-oriented events, as well as examples of guns that satisfy those roles!

By far and away, the most common role the vast majority of players will find themselves playing, the rifleman is generally anyone with a standard, non-specialized rifle.

M4s, AKs, SCARs, G36s, etc., all fulfill this role, and the rifleman’s main purpose within a game is generally going to be capturing objectives and eliminating enemy players.

As stated, every field or event series is going to have their own specific rules with regards to weapon types or classes, but you can usually expect riflemen to be limited to ~400 FPS or so.

Magazine restrictions may apply depending on the event, and in recent years it’s become common to see events that ban the use of hi-cap magazines for riflemen. Instead, riflemen must utilize mid-capacity magazines to get the job done–typically holding ~100 rounds or so–which places a much larger emphasis on the other roles in the game.

The designated marksman bridges the gap between the normal rifleman and the super-specialized sniper. Typically, designated marksman rifles are going to be allowed to shoot at a higher FPS limit than their rifleman counterparts, but must be locked to semi-automatic, and may also have a minimum engagement distance as well.

Notably, practically any rifle can become a DMR with both upgrades, a decent magnified optic, and modification that restricts the gun to semi-automatic fire. Whereas the mythical sniper is often out on their own or working with a spotter, the designated marksman is typically going to stick with the squad and focus on extending the squads’ effective range past that of standard AEGs.

In a milsim setting, the DMR can be used effectively to engage and eliminate other specialized enemy assets, like squad leaders, machine gunners, etc.

The grenadier is a role that’s really undergone a huge transformation within airsoft over the past several years.

Equipped with either an underbarrel grenade launcher like the M203 or GP-25, or a standalone launcher like the M320, BB grenadiers of the past were once limited to so-called “shower shells” that saturate a close-range target with hundreds of BBs at once in a shotgun-like blast. While visually striking, these shells weren’t particularly practical or effective.

Since then, however, companies like TAG IN have introduced specialized 40mm grenade shells that house a small, lightweight projectile packed with a tiny bit of black powder. The launchers still utilize CO2 or green gas to launch the projectile, but the range has been expanded significantly!

TAG IN projectiles will either detonate on impact with the force of a small firework or detonate on a timer depending on which rounds you’re using–but the overall effect on the grenadier role is substantial. Launched grenades are typically treated as an area damage weapon, eliminating any enemy players within a predetermined blast radius from the point of impact.

Needless to say, a skilled grenadier can easily sail an explosive through the window of a building and wipe an entire enemy squad, effectively engage vehicles or vehicle gunners, or provide long-range launched smoke grenade cover.

While most pick-up fields aren’t going to allow the pyrotechnic launched grenades, we absolutely recommend their use for any larger events that might welcome them.

If you’re playing any kind of event where consistent urban/MOUT/CQB fights are bound to happen, it sometimes makes sense to have a dedicated point man with a submachine gun for breaching buildings.

You’ll typically want something lightweight and compact that’s been upgraded to a higher rate of fire than your squad’s rifles, as FPS doesn’t matter much when the point man’s job is closeup fighting. Examples of SMGs well-suited for the job are the MP5, MP7, PP19 Vityaz, or even short-barreled M4 variants.

Depending on your event, it may sometimes also make sense for the point man or breacher to carry a ton of frag grenades. CQB at larger games that involves clearing multiple buildings or room-to-room fighting tends to be pretty damn brutal, and pyrotechnics are absolute game-changers in what otherwise becomes an attrition fight.

Fragging a room before entry or having the pyro to spare to dumb several grenades into any sticking spots you might encounter ensures that your team is going to be able to continue pushing rather than getting bogged down — which absolutely kills any forward momentum you might have in the fight.

Having your point man equipped with a hose of a submachine gun and an excess of frags will go a long way in making your CQB experience just a little bit more pleasant.

The support gunner’s primary role is going to be suppression. Obviously, if there are enemies out in the open, feel free to engage them! However, effective support gunners will generally let riflemen engage targets and conserve their ammo for suppressive fire.

Guns in this category are typically equipped with an auto-winding box magazine, such as the RPK, M249, M60, PKM, etc.

As mentioned, the support gunner really shines when using that extra ammunition to pin enemy players in place while the squad’s riflemen then flank and eliminate them.

It should be mentioned that support weapons are generally much heavier than your average airsoft gun–and if you’re taking one to a large event, you should absolutely make sure that you’re fit enough to carry it for a length of time. There’s nothing worse than a specialized squad asset who drops because they weren’t prepared!

Some events will break down the support gunner role even further, splitting the class into “light machine gunner” and “medium machine gunner.”

While this distinction is not incredibly common, it does allow the guns to operate under different rulesets that more closely mimic their use in real life. Such events generally allow MMGs to shoot up to ~550 FPS, making them legitimately unnerving to play against.

Airsoft snipers might use many different types of guns to achieve their end goal, but they have much in common. Most commonly, events will define a sniper rifle as a bolt action, manually operated gun that’s allowed a very high FPS limit, albeit generally with a large minimum engagement distance as well.

While the airsoft sniper is definitely a valuable asset, they are often most useful when working with a spotter that’s armed with either a normal rifleman’s AEG or a DMR. An effective sniper team is going to dedicate a lot of time and energy into stalking behind the enemy’s lines, reporting enemy positions via radio back to the rest of the team, and perhaps most importantly, knowing when and at whom to take shots.

A sniper team that spends the time to creep behind the lines only to engage the first enemy patrol they run across is most likely going to lose that fight. A much more effective use of the sniper team is occupying an area the enemy team has grown to think is secure, observing the area long enough to identify enemy squad leaders, radiomen, support gunners, or other high-value targets.

Ideally, the sniper’s rifle should be highly upgraded, accurate, and reliable, eliminating the need for multiple follow up shots.

If you’re interested in getting into the world of milsim airsoft, there’s a huge variety of roles you can take on. We definitely recommend starting out as a rifleman to get a feel for the game, but once you’ve got your feet under you, it can be super fun to explore different roles.

What role do you play, or which one interests you the most? Have any tips for new players looking to specialize? Tell us about it in the comments below! Keep up with Orange Tip Tactical on Facebook by liking our page.

Best Airsoft Clothing: What to Wear in the Field 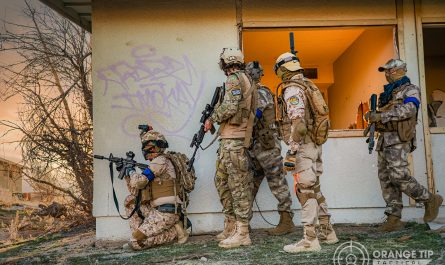 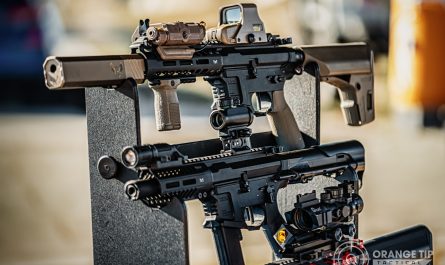